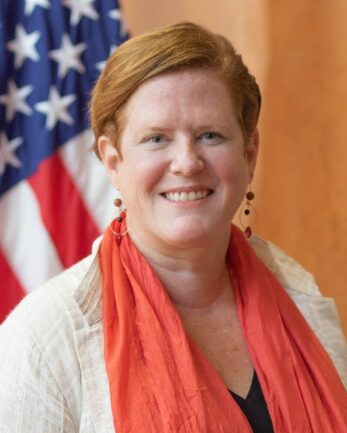 A career member of the Senior Foreign Service, class of Minister Counselor, Amber Baskette began her assignment as Deputy Chief of Mission in Khartoum in August 2020.

Prior to Khartoum, Ms. Baskette served as Counselor for Consular Affairs at U.S. Mission Turkey, where resolving the wrongful detention of American citizens was a key policy goal.

Since starting with the Department in 1995, Ms. Baskette has been assigned to U.S. Embassies in China, Peru, Lebanon, Afghanistan, and Gabon.  She also served in New York at the U.S. Mission to the United Nations, and in Washington at the Department of State’s Operations Center and Bureau of Consular Affairs.

Ms. Baskette received a bachelor’s degree in African Studies from the Georgetown University School of Foreign Service and is originally from Miami, Florida.