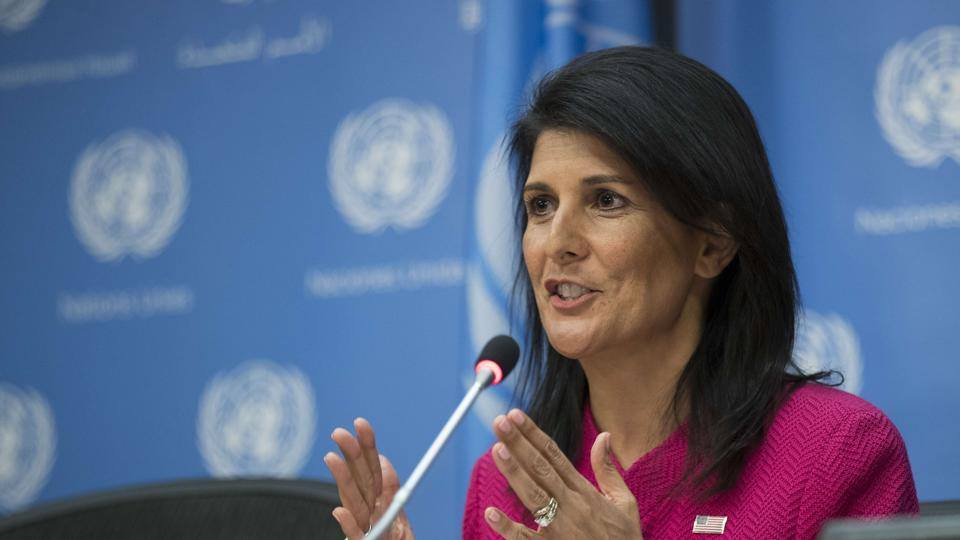 U.S. Mission to the United Nations

Thirty years ago, my predecessor, Daniel Patrick Moynihan, made the case that human rights have a special place in foreign policy. It had been just two years since the General Assembly passed its outrageous resolution equating Zionism with racism. Moynihan thought tolerance and compassion could use a win at the UN, and as usual, he was right. The first argument he offered for paying more attention to this subject was that human rights are inalienable rights. When we embrace human rights we embrace the values that are held, among others, by all the world’s major religions. Indeed, one of the purposes of the United Nations is “respect for human rights and for fundamental freedoms for all without distinction as to race, sex, language, or religion.” Ambassador Moynihan did not stop with arguing that protecting human rights is the right thing to do. He also argued that it’s the smart thing to do. And it is. Despite his advice in the 1970s, this Council has never had a meeting focused exclusively on human rights. Today, we will do that.

In case after case, human rights violations and abuses are not merely the incidental byproduct of conflict. They are the trigger for conflict. When a state begins to systematically violate human rights, it is a sign, it is a red flag, it’s a blaring siren – one of the clearest possible indicators that instability and violence may follow and spill across borders. It is no surprise that the world’s most brutal regimes are also the most ruthless violators of human rights.

Consider North Korea. Systematic human rights violations help underwrite the country’s nuclear and ballistic missile programs. The government forces many of its citizens, including political prisoners, to work in life-threatening conditions in coal mines and other dangerous industries to finance the regime’s military. And because they do, this Security Council must devote considerable efforts to addressing North Korea’s increasing threats to international peace.

Now consider Syria. In 2011, a group of 12 to 15 year-old teenage boys spray-painted a message on the wall of their school: “The people want the fall of the regime.” For this, the Syrian regime arrested them. These children were brutally beaten, had their fingernails ripped out by grown men in government prisons, and tortured before they were returned to their parents. The outrage spawned more protests and more crackdowns, and the cycle repeated until the situation turned into a full-fledged war. And not just any war, but a war that has caused hundreds of thousands of deaths and millions of refugees. What began with the sort of human rights violations and abuses that this Council has been reluctant to address has become a security issue that we are focused to address repeatedly. It is a prime example of why we should take human rights violations and abuses more seriously from their beginning.

In other cases, governments use violence and human rights violations to stifle dissent. We’ve seen numerous instances where the Burundian government services use torture to crack down on protesters. This has forced hundreds of thousands of people to flee to neighboring countries and caused massive regional disruption. It is little wonder that the government has pushed back on the UN’s and the AU’s work in Burundi.

We continue to watch Burma, where the security forces have allegedly conducted episodes of violence and repression against ethnic Rohingya, who already face widespread ethnic and religious discrimination from governmental authorities and popular social movements, even despite the human rights gains achieved throughout the country as a result of Burma’s ongoing democratic transformation. Such treatment drives desperate people to flee to neighboring countries at best or to radicalization at worst. These sorts of allegations demand real, independent investigations as soon as possible. This is why we supported the recent establishment of an international fact-finding mission to look into these allegations.

To be honest, there is hardly an issue on our agenda today that does not involve concerns about human rights, and future threats will continue to challenge us. This kind of violence is not inevitable. But if this Council fails to take human rights violations and abuses seriously, they can escalate into real threats to international peace and security. The Security Council cannot continue to be silent when we see widespread violations of human rights. Why would we tell ourselves that we will only deal with questions of peace and security, without addressing the factors that bring about the threats in the first place? We should be ready to engage early and often in the statements we make and in the measures we impose. It is clear that the connection between human rights and security is a topic worthy of this Council’s serious consideration.

The next international crisis could very well come from places in which human rights are widely disregarded. Perhaps it will be North Korea or Iran or Cuba. We don’t know where the next revolt against basic violations of humanity will come. But we know from history that they will come. And when they do, the Security Council will be called upon to react. We are much better off acting on the front end, standing for human rights before the absence of human rights forces us to react.

It’s past time for this Council to fulfill the mandate we were given 72 years ago. It’s past time that we dedicate ourselves to promoting peace, security, and human rights. I thank my colleagues for their consideration.