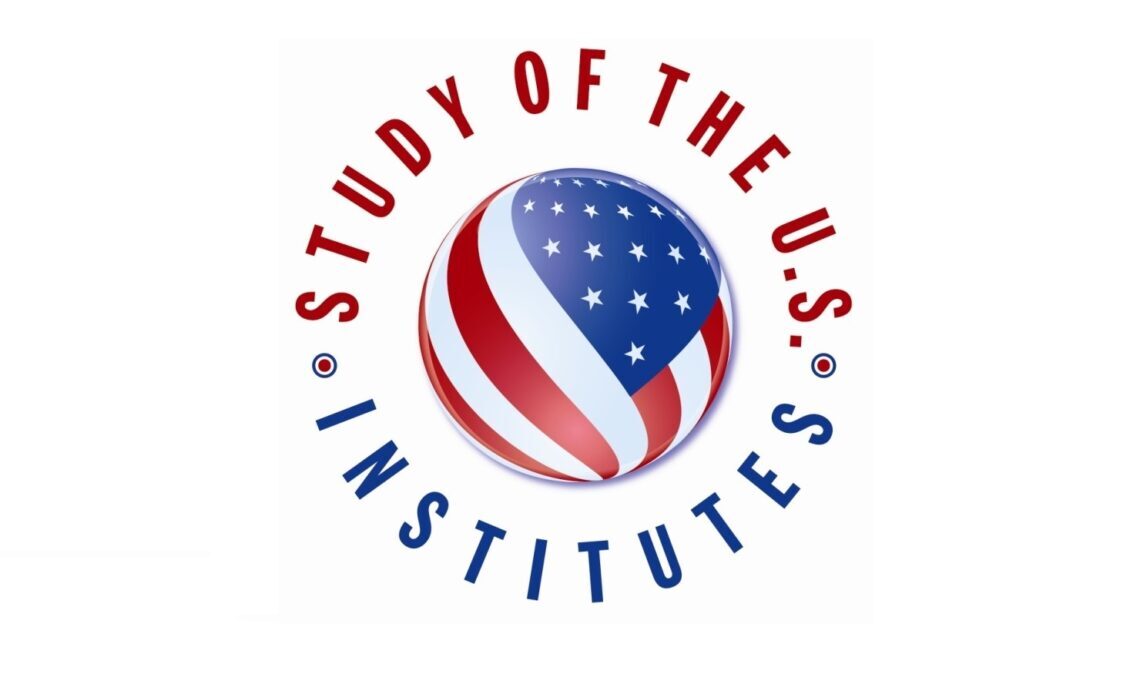 Announcement: Call for Nominations Summer 2023 Study of the U.S. Institutes for Scholars

Study of the U.S. Institutes for Scholars (SUSIs) are intensive post-graduate level academic programs with integrated study tours whose purpose is to provide foreign university faculty and other scholars the opportunity to deepen their understanding of U.S. society, culture, values, and institutions.  The ultimate goal of the Institutes is to strengthen curricula and to enhance the quality of teaching about the United States in academic institutions abroad.

Study of the U.S. Institutes for Scholars will take place at various colleges, universities, and academic institutions throughout the United States over the course of six weeks beginning in or after June 2023.  Each Institute includes a four-week academic residency component and up to two weeks of an integrated study tour to another region of the United States.  Prospective applicants are encouraged to visit website page to obtain general information about the Institutes.  The website address is: http://exchanges.state.gov/susi.

Study of the U.S. Institutes for Scholars in the summer will be on the following themes in U.S. Studies:

The Study of the U.S. Institutes for Scholars programs will take place during the June to August timeframe in 2023.

The Institute on American Culture and Values will promote American culture, leadership, and values by providing a multinational group of 18 experienced and highly motivated foreign university faculty and other specialists with a deeper understanding of U.S. society, civil society institutions, democratic principles, human rights, and the rule of law.  The Institute will examine the concepts of American exceptionalism and American resilience through social, economic, political, and religious contexts in which, historically, various cultures have manifested and shaped contemporary U.S. culture, values, and society.

The Institute on American Politics and Political Thought will provide a multinational group of 18 experienced foreign university faculty and practitioners insight into how intellectual and political movements have influenced modern American political institutions and a deeper understanding of major currents in U.S. political thought from the colonial period to the present.  Drawing upon the American Political Development approach, the Institute will provide a full and diverse understanding of U.S. political thought and its connection to U.S. politics, public policy, and institutions by linking contemporary issues with historical and social debates.  The Institute will explore particular themes including self-rule and limited government, liberty and freedom, individualism and identity, equality and inequality, and the American Dream.  The Institute will conclude with an integrated two-week study tour to New York City; Philadelphia and Harrisburg, Pennsylvania; Shepherdstown, West Virginia; Charlottesville, Virginia; and Washington, D.C. The University of Massachusetts, Donahue Institute in Amherst, MA will host this Institute.

The Institute on Contemporary American Literature will provide a multinational group of up to 18 foreign university faculty and scholars with a deeper understanding of U.S. society and culture, past and present, through an examination of contemporary American (U.S.) literature.  Its purpose is twofold: to explore contemporary American writers and writing in a variety of genres; and to suggest how the themes explored in those works reflect larger currents within contemporary U.S. society and culture.  The program will explore the diversity of the American literary landscape, examining how major contemporary writers, schools, and movements reflect the traditions of the U.S. literary canon.  At the same time, the program will expose participants to writers who represent a departure from that tradition, and who are establishing new directions for American literature.  Seattle University in Washington will host this Institute.

The Institute on Journalism and Media will provide a multinational group of 18 experienced and highly motivated foreign journalism instructors and other related specialists with a deeper understanding of the roles that journalism and the media play in U.S. society.  The Institute will examine the role of journalists in recognizing and preventing disinformation and will explore strategies for media and information literacy to counter disinformation.  The Institute will examine best practices in journalism by discussing the rights and responsibilities of the media in a democratic society, including editorial independence, journalistic ethics, legal constraints, and international journalism.  The Institute will examine pedagogical strategies for teaching students of journalism the basics of the tradecraft: researching, critical thinking, reporting, interviewing, writing, and editing.  The program will also highlight the impact of technology in journalism, including the influence of the Internet, globalization of the news media, and other changes that are transforming the profession.

The Institute on Religious Freedom and Pluralism will provide a multinational group of up to 18 foreign university faculty and practitioners with a deeper understanding of U.S. society and culture, past and present, through an examination of religious pluralism in the United States and its intersection with American democracy.  Employing a multi-disciplinary approach and drawing on fields such as history, political science, anthropology and sociology, law, and others, the program will explore both the historical and contemporary relationship between religion and state in the United States.  Participants will examine the ways in which religious thought and practice have influenced and been influenced by the development of American-style democracy. Study will also include a survey of the diversity of contemporary religious beliefs in relation to the first amendment to the U.S. constitution, elections, public policy, and the demography of the United States.  Interfaith dialogue in the American context will be practiced in the context of the group itself as well as site visits to a diversity of religious communities.  The Dialogue Institute at Temple University in Philadelphia, PA will host this Institute.

The Institute on U.S. Foreign Policy will provide a multinational group of 18 experienced foreign university faculty and practitioners with a deeper understanding of new approaches to U.S. foreign policy and how U.S. foreign policy is formulated and implemented.  The Institute will include a historical review of significant events, individuals, and philosophies that have shaped U.S. foreign policy.  The Institute will explain the role of key players in U.S. foreign policy including the executive and legislative branches of government, the media, the U.S. public, think tanks, non-governmental organizations, and multilateral institutions.  The program will also examine the current U.S. foreign policymaking and the new trends that are shaping policy.  Topics such as the concept of American sovereignty, shifting attitudes towards globalism, U.S. foreign aid, the monitoring of foreign investment in the United States, the efforts to combat terrorism and radicalization, new trade policies and agreements, immigration and border safety, and cybersecurity will be included.  The program will also discuss the reorganization of the North American Free Trade Agreement (NAFTA) and the new U.S. approaches to international organizations such as the United Nations (UN), the Organization of Petroleum Exporting Countries (OPEC), and the North Atlantic Treaty Organization (NATO).

The Institute on Youth, Workforce Development, and Closing the Skills Gap will provide a multinational group of 18 experienced foreign faculty and practitioners with a deeper understanding of how new socioeconomic trends have changed the concept of work, workforce development, and career paths in the United States.  The academic program will include a thorough discussion of the role of U.S. educational institutions, particularly community colleges, in preparing Americans with the skills needed to succeed in multiple industries including business, technology, science, the creative arts, and other emerging fields.  Topics such as urbanization, globalization, economic development, and advances in technology such as automation, robotics, and artificial intelligence will also be included.  The Institute will offer opportunities for participants to research new ideas, in conjunction with American peers, to better understand the evolution of work, the changing demand for skills, and the advancements in workforce development through retraining, reskilling, and closing the skills gap.  The program will take place during the June to August timeframe in 2022.

Study of the U.S. Institutes for Scholars are highly competitive.  Priority will be given to candidates who have firm plans to enhance, update or develop courses and/or educational materials with a U.S. studies focus or component; who have no prior or limited experience in the United States; and who have special interest in the program subject areas as demonstrated through past scholarship, accomplishments, and professional duties.  In addition,

Candidates should be mid-career, typically between the ages of 30-50, highly motivated, experienced scholars and professionals generally from institutions of higher education or research focused organizations (not-for-profits, think tanks, etc.).  While the educational level of participants will likely vary, most should have graduate degrees and have substantial knowledge of the thematic area of the Institute or a related field.

Ideal candidates are individuals whose home institution is seeking to introduce aspects of U.S. studies into its curricula, to develop new courses in the subject of the Institute, to enhance and update existing courses on the United States, or to offer specialized seminars/workshops for professionals in U.S. studies areas related to the program theme.  While the nominee’s scholarly and professional credentials are an important consideration, the potential impact and multiplier effect of the Institute is equally important.  Ideal candidates will have little or no prior experience in the United States.

Candidates must demonstrate English language fluency.  Institutes are rigorous and demanding programs. Participants will be expected to handle substantial reading assignments in English and to fully and actively participate in all seminar and panel discussions.  English fluency is vital to a successful experience in the Institute for all participants.‎

Candidates should be willing and able to fully take part in an intensive post-graduate level academic program and study tour.  It is important that posts and Commissions nominate only persons who are likely to be comfortable with campus life and an active program schedule.  It’s expected to recruit diverse nominees including candidates from disadvantaged groups, including individuals with disabilities, and women.  While senior faculty members and new professionals to the field are eligible applicants, first-hand consideration will be given to mid-career professionals with little or no prior experience in the United States.

What degree of English proficiency should a nominee have? All participants must be fully proficient in English; throughout the Institute they will need to fully understand lectures, actively participate in discussions, and read and write assignments in Engl‎ish.

The nomination has both qualitative and quantitative aspects.  To ensure your candidate rates accurately on the quantitative aspects of the selection process, please be sure to fill out all of the fields in the nomination form as accurately as possible.  Drop down form fields (such as Work Experience, Education, Professional Memberships, Publications, Previous Experience in the United States, Courses Taught, and Students Advised) should contain only one entry per field.  You may add additional fields.

It is requested to provide a short personal essay from each candidate in order to have a better sense of candidates’ motivations and goals (see nomination form).  A strong candidate statement/personal essay should convey why the participant is interested in participating in the particular Institute, what s/he expects to gain from the experience, what s/he will bring to the program, and how s/he will leverage the experience to achieve “other potential outcomes” selected in the nomination form.  In addition, candidate statements should describe the candidate’s capacity and plans to amplify the impact of the Institute beyond their own knowledge and research.

2023 Study of the U.S. Institutes for Scholars Application Form: