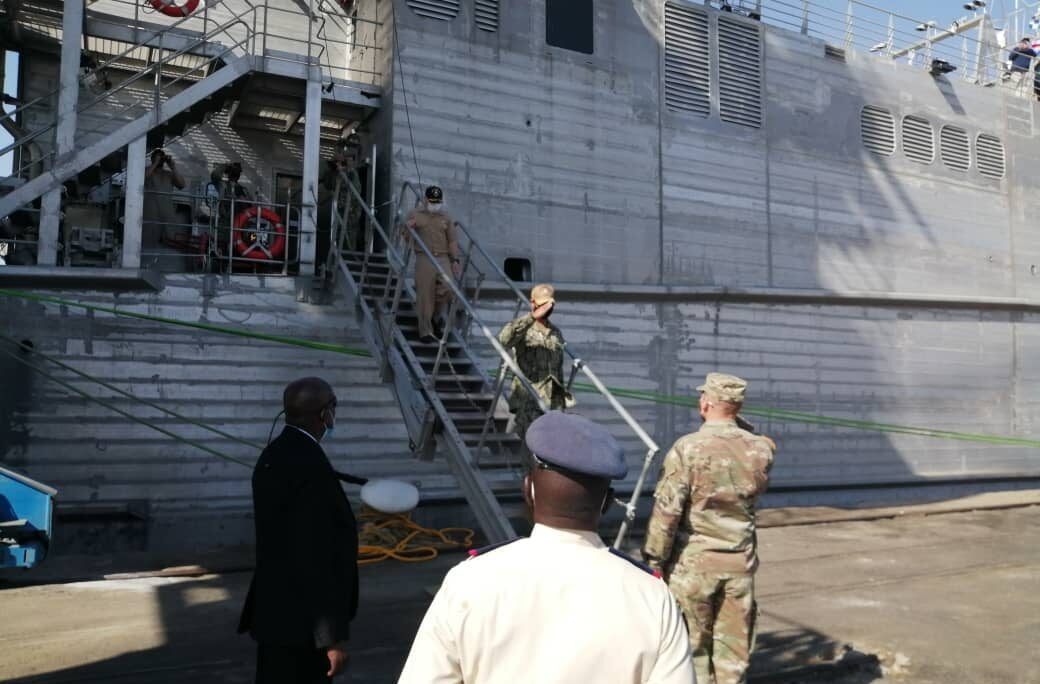 This is the first U.S. Navy ship visit to Sudan since the creation of U.S. Africa Command, and highlights U.S. engagement that strives to build a partnership with the Sudanese Armed Forces.

“We are honored to work with our Sudanese partners in the enhancement of maritime security,” said Capt. Frank Okata, commodore, Military Sealift Command Europe and Africa and Commander, Task Force 63.

“We are at a moment of fundamental change in the bilateral relationship between the United States and Sudan, made possible by the efforts of Sudan’s civilian-led transitional government to chart a bold new course away from the legacy of the previous regime,” said Young. “This fundamental change has enabled the partnership between the Sudanese military and U.S. Africa Command to develop and expand.”

Prior to the port visit to Sudan, Carson City operated in the Red Sea. Carson City’s presence in the Red Sea helps promote peace, security, and freedom of the seas and is a demonstration of the U.S. commitment to maritime security and stability in the region.

“This ship’s visit to Port Sudan is a demonstration of our commitment to strengthening the relationship between the United States and Sudan as the Sudanese people seek a democratic future,” said U.S. Embassy Khartoum Chargé d’Affaires, Brian Shukan. “This visit in turn helps to promote peace, security, and preserve freedom of the seas.”